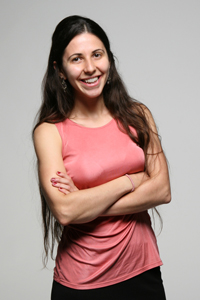 Congratulations to Professor Elizabeth O’Brien, recipient of the 2020 Forum for History of Human Science Dissertation Prize! Dr. O’Brien received the prize for “Intimate Interventions: The Cultural Politics of Reproductive Surgery in Mexico, 1790-1940″ [University of Texas at Austin, 2019].

In “Intimate Interventions: The Cultural Politics of Reproductive Surgery in Mexico, 1790-1940,” Elizabeth O’Brien provides a meticulously researched and ambitiously argued analysis of the politics of reproductive surgery in Mexico. Tracing the history of reproductive surgery from the Enlightenment to the post-revolutionary era, O’Brien reveals how the “spiritualization” of such interventions informed subsequent reproductive medical surgeries. Drawing on a wide range of sources – including theological, medical, scientific, institutional, and popular press – she persuasively demonstrates that how physicians and clergy thought about caesarean births and other obstetrical procedures were central to Catholic theological debates about personhood, as well as nationalist and eugenic conceptualizations of “the people.” Alongside this, O’Brien describes in vivid detail the caesarean, abortion (or ‘artificial premature birth’), sterilization, and birth control procedures performed on Mexico’s women and highlights the reproductive logics of these practices, which included racialized theories of pelvic deficiency. Skillfully traversing intellectual, social, and cultural history, O’Brien weaves together a richly layered narrative of the discourses, practices, and state policies surrounding reproductive procedures, while also centering the women who organized vocal resistance to these surgical interventions. In a powerful analysis O’Brien ties modern debates about fetal life to a key shift in theological doctrine and links this to the longstanding use of surgical violence against indigenous Mexican women. In doing so, O’Brien’s historical scholarship helps explain the complicated cultural, legal, and religious politics of reproduction in present-day Mexico, where abortion is illegal everywhere except Mexico City and women can be jailed for decades for attempting to terminate their pregnancies. Although ideas surrounding fetal ensoulment oscillated during the last 200 years, obstetric violence and paternalistic control over women’s reproduction continues. In attending to the origins and progression of ideas of fetal personhood and surgical violence in Latin America, O’Brien offers a vital intervention into these debates and their life or death consequences.