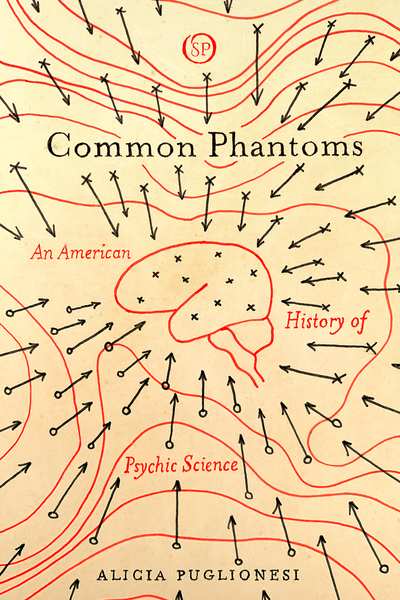 Congratulations to Alicia Puglionesi (’16) on the publication of Common Phantoms: An American History of Psychic Science.

Séances, clairvoyance, and telepathy captivated public imagination in the United States from the 1850s well into the twentieth century. Though skeptics dismissed these experiences as delusions, a new kind of investigator emerged to seek the science behind such phenomena. With new technologies like the telegraph collapsing the boundaries of time and space, an explanation seemed within reach. As Americans took up psychical experiments in their homes, the boundaries of the mind began to waver. Common Phantoms brings these experiments back to life while modeling a new approach to the history of psychology and the mind sciences.

Drawing on previously untapped archives of participant-reported data, Alicia Puglionesi recounts how an eclectic group of investigators tried to capture the most elusive dimensions of human consciousness. A vast though flawed experiment in democratic science, psychical research gave participants valuable tools with which to study their experiences on their own terms. Academic psychology would ultimately disown this effort as both a scientific failure and a remnant of magical thinking, but its challenge to the limits of science, the mind, and the soul still reverberates today.