Many congratulations to Dr Lisa Bob, MD, PhD, MPH, MA, who has defended her PhD dissertation, ‘Observing from the Margins: James Parkinson and the Shaking Palsy’.

Lisa’s thesis examines the creation of the disease category we now know as Parkinson’s Disease.

James Parkinson published An Essay on the Shaking Palsy in 1817 that is considered the first clinical description of the disease that bears his name. 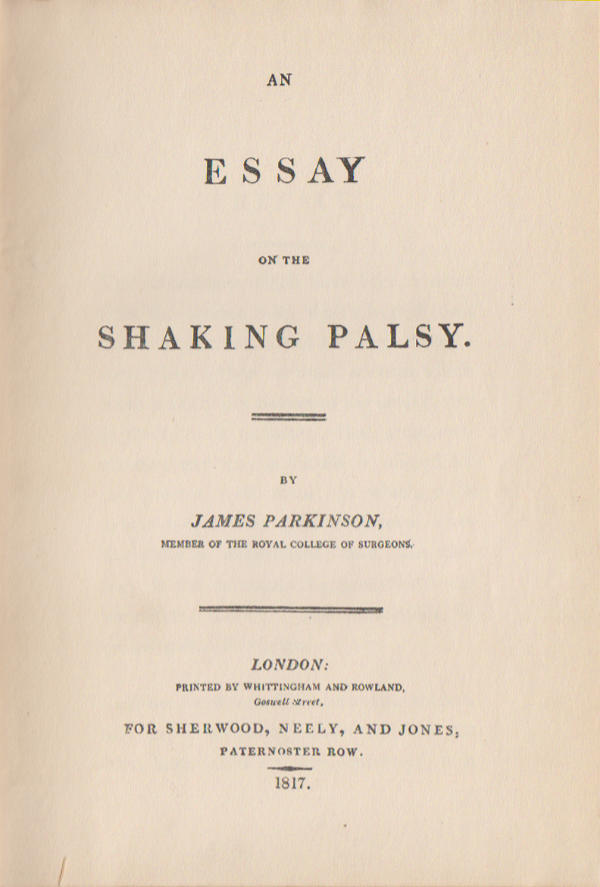 Lisa shows that Parkinson’s identification of a new disease can be understood in social and cultural terms; it was not the result of a flash of timeless genius. Parkinson’s training under John Hunter prepared him will for identifying the disease, since Hunter’s pathophysiology offered a new way to think about a non-static body. Parkinson trained at the London Hospital and belonged to an elite medical society invested in a new kind of anatomical localization, characteristic of British medicine, but often overshadowed by later developments in Paris. In his own lifetime, Parkinson was known and lauded for his paleontological work, which gave him a specific intellectual toolkit that fostered his insights about movement disorders.

Perhaps most imporant, Parkinson’s lifetime of residence in the London neighborhood of Hoxton was crucial to his discovery. Hoxton was home to substantial number of almshouses and private madhouses giving it an extraordinarily high number of older people likely to have manifested movement disorders of all kinds. It has long been noted that two of the original case histories Parkinson provided were of people he had seen in the street; now we know why he saw them in the street and why his approach to using a group of case studies brought him to a new interpretation of the disease.