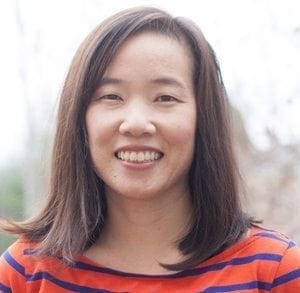 
BIOGRAPHY
I am a historian of Japan, with research and teaching interests in histories of medicine, psychiatry, gender, family, colonialism, and religion in East Asia and Pacific Empires in the nineteenth and twentieth centuries.

My book manuscript, tentatively titled Madness in the Family: Gender, Care, and Illness in Japan, examines the centrality of family in providing care and shaping understandings of madness in turn-of-the-twentieth-century Japan. I published an article on a related topic, “Seeing Cages: Home Confinement in Early Twentieth-Century Japan,” in The Journal of Asian Studies (August 2018), which won the Berkshire Conference of Women Historians Article Prize in 2019.

I have also begun research on the interlinked histories of the persecution of female shamans and religious figures across the Japanese empire, especially in Okinawa, Japan and Jeju Island, Korea.

My research has been supported by the John W. Kluge Center at the Library of Congress, the Andrew W. Mellon Foundation, the Fulbright Institute of International Education, and the Japanese-American Association of New York.

I welcome applications from potential graduate students in modern Japanese history, and from those with interests in transnational histories of gender, medicine, psychiatry, religion, and empire.

RESEARCH
I am currently working on my book manuscript, Madness in the Family: Gender, Care, and Illness in Japan (under review); an article on the gendered labor of psychiatric nursing in turn-of-the-twentieth-century Japan; and research on the interlinked histories of the persecution of female shamans and religious figures across the Japanese empire, especially in Okinawa, Japan and Jeju Island, Korea.

Madness in the Family examines the centrality of family in providing care and shaping understandings of madness in turn-of-the-twentieth-century Japan. It argues that families mediated between afflicted members and new institutions of state and psychiatry to produce a distinct set of gendered practices concerning care, bodies, and illness that would influence everyday understandings of madness more profoundly than any other competing authority. The book traverses four overlapping sites of encounter: the rural village, farm household, urban marketplace, and courtroom. The sites are both actual places and conceptual spaces where the claims and practices of families interfaced with those of the state, medicine, law, markets, and religion.

My article on the history of gender and the labor of care considers the case of Japanese psychiatric nursing both inside and outside the walls of the mental hospital from the 1880s to 1930s. It explores links between home- and hospital-based care for those considered mad, suggesting that the gender dynamics of caregiving within the home were both replicated and complicated by nursing in hospitals.

My research on the persecution of religious figures across the Japanese empire is currently focused on the case of Okinawan female shamans known as yuta in the early twentieth century. I am working on developing a methodology by which to understand the political and social impact of the rituals, acts, and words of yuta and their mostly female clientele. This involves critically assessing the colonial, missionary, and folkloric archives through which we have come to know the stories of these women.