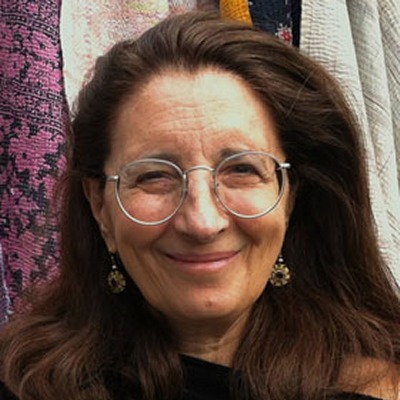 I was educated and trained in Italy, but for the last twenty five years my professional life as a historian has been divided almost equally between Europe and the United States. Before joining Johns Hopkins University  2007-2019, I taught for many years at the Universities of Bologna and Minnesota. I have also held fellowships at several European and US academic institutions, including the Wissenschaftskolleg and the Max Planck Institut für Wissenschaftsgeschichte in Berli, the National Humanities Center (North Carolina), the European University Institute in Florence, the University of Cambridge, the École des Hautes Études en Sciences Sociales and Centre Koyré in Paris, the Ruhr Universität in Bochum, and the Maison de l’Histoire at the University of Geneva.

My research interests include early modern European social and cultural history, with a main focus on the history of medicine. I have always been fascinated by the history of the doctor/patient relationship, and particularly by those aspects of medical knowledge that deal with the patient as an individual human being. This is why I have developed a research interest in the medical case narrative — casuistry being an aspect of medicine where the focus on patient’s individuality is uppermost. Ever since coming to Hopkins, where I have the privilege of working as a historian within the environment of an intellectually vibrant Medical School, this has blossomed into an interest in the history of “individualized medicine” – a fascinating aspect of contemporary biomedicine whose story, I would contend, has important pre-modern intellectual roots. In 2014, I have organized a conference on this topic, Individualized Medicine in Historical Perspective: from Antiquity to the Genome Age, with my Hopkins colleague Nathaniel Comfort, and I keep pursuing research on this topic.  I am also interested in medical casuistry from the viewpoint of a comparative history of medical genres. Textual forms —  or,  as I would call them, “epistemic genres” — such as the case narrative, the recipe, the commentary, the treatise and the textbook, can be found in various medical traditions, and they offer an ideal framework for the comparative study of medical ways of knowing. With another Hopkins colleague, Marta Hanson, a specialist of early modern Chinese medicine, I have started a collaborative study of Specimen Medicinae Sinicae (1682), the first book that offered a translation of Chinese pulse medicine, with related pharmaceutical recipes, for European Latin readers.  The first article to come out from our collaboration, “Medicinal Formulas and Experiential Knowledge in the Seventeenth-Century Epistemic Exchange Between China and Europe” has won the  2019 Price/Webster Prize of the History of Science Society for the best article published in the journal Isis in the past three years.

A cross-cultural approach to the history of medical genres and epistemologies is a central feature of my present  research work. I am currently completing a book titled The Case Narrative in Pre-modern Medicine: A History Across Cultures, for which I was awarded a NIH three-year grant. In this book, I study the development of the medical case history in a long-term perspective by tracing its antecedents in ancient Greek, medieval European and medieval Arabic medicine. I compare the early-modern European collections of case narratives with the case collections that developed in early modern Chinese medicine. This project combines my long-standing engagement with the history of the doctor/patient relationship with my more recent interest in individualized medicine.

In the past, I have worked on the history of scientific observation, with particular attention to the role of early modern medicine in the rise of scientific empiricism. I have written on the early modern genre of historia and its significance in medicine and anatomy, showing how the early modern historia straddled the distinction between the natural and the human sciences. I have also studied concepts and rules of evidence as they developed at the intersection of early modern medicine and religion. I have contributed to the history of the healer/patient relationship by reconstructing the long-forgotten custom of contractual agreements between practitioners and patients.

I keep pursuing a long-standing interest in women’s history and the history of the body, to which I have contributed with various essays on women healers and women patients, the history of menstruation and lactation, the cult of holy bodies and relics, the understanding of sexual difference in early modern medicine, and the impact of medical thought on early modern proto-feminism. A recent contributions to this field is my critical edition and translation of Oliva Sabuco’s The True Medicine, one of the very few medical books published under a woman’s name in early modern Europe. Finally, I should mention that, as a woman historian, I have great interest in those women scholars who pursued the study of history outside or on the margins of academia in the late 19th and early 20th century, when the universities started, somewhat reluctantly, to admit female students. It is a labor of love for me to write an occasional essay to pay homage to the memory of these women. Their dedication to independent scholarship is my model of the values that should be at the heart of the historian’s craft.

As you can see from this rather heterogeneous list of research interests, of the two kinds of intellectuals described by Isaiah Berlin, the hedgehog and the fox, I definitely belong to the fox tribe. But I have great respect for hedgehogs, and whenever focusing on a specific research project I try to restrain my vulpine propensities. It is nice to be a fox, but in issues of scholarship the hedgehog is probably the one who has the final word.

2018: “The Medical Case Narrative in Pre-Modern Europe and China: Comparative History of an Epistemic Genre” in Carlo Ginzburg with Lucio Biasiori (eds.), A Historical Approach to Casuistry. Norms and Exceptions in a Comparative Perspective (London: Bloomsbury, 2018) pp. 15-46.

2017: “Medicinal Formulas and Experiential Knowledge in the Seventeenth-Century Epistemic Exchange between China and Europe”, in Isis, 108: 1, pp. 1-25 (co-authored with Marta Hanson).

2013: “Amateurs by Choice: Women and the Pursuit of independent Scholarship in Twentieth-Century Historical Writing”, in “Beyond the Academy: Histories of Gender and Knowledge”, special issue of Centaurus. An International Journal of the History of Science and its Cultural Aspects, 55:2 (May 2013), 196-219.

2009: “Feminism as Integral to the History of Humanism” in Humanism in Intercultural Perspective: Experiences and Expectations, ed. Jörn Rüsen and Henner Laass (Bielefeld: Transcript Verlag, 2009) vol. 1, 167-176.

2002: “Knowledge-freshening Wind: Gender and the Renewal of Renaissance Studies”, in The Italian Renaissance in the Twentieth Century, eds. Allan Grieco and Michael Rocke (Florence: Olschki, 2002) 173-192.

2001: “Menstruating Men: Similarity and Difference of the Sexes in Early Modern Medicine” in Generation and Degeneration: Tropes of Reproduction in Literature and History from Antiquity to Early Modern Europe,  eds Valeria Finucci and Kevin Brownlee (Durham and London: Duke Univ. Press, 2001) 109-152.