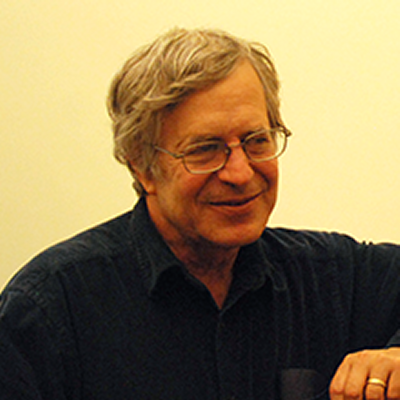 Social relations of scientific thought; history of biomedical and biological sciences; history of medicine and science in Russia.

My interest in the history of science and medicine originated with my participation in numerous arguments about the Vietnam War in the 1960s and 1970s. I noticed that people rarely changed their minds during these heated debates, regardless of the factual arguments advanced. So, I became interested in the question “Why do people think what they think?” In college, I looked for an answer in philosophy, psychology, sociology, and, finally, history courses (which I found most satisfying). From history—particularly, Russian history—I found my way to History and Sociology of Science, which offered interesting approaches to a specific form of my question: “Why do scientists and physicians think what they think?”

I’ve been working on that question for about three decades now, and still find it fascinating. In my first book, Darwin Without Malthus: The Struggle for Existence in Russian Evolutionary Thought (1989), I explored the ways in which social, cultural, and physico-geographical circumstances shaped the response of Russian naturalists to Darwin’s culturally-laden metaphor “struggle for existence,” and so imparted a characteristic direction to Russian evolutionary thought. Upon completion of this project, I wanted to explore the same general question for experimental science, and settled on a study of Ivan Pavlov. I was fortunate to begin that project in the early 1990s, when Gorbachev’s ‘glasnost’ was making available an avalanche of previously inaccessible archival materials. I embarked on what I conceived as a “scholarly biography accessible to the educated lay person.” By the mid-1990s, I realized that some of the questions that most animated me as a historian of science and medicine could not be addressed in satisfying depth and detail in the biography without losing my lay audience—and so took a “detour” to write a separate monograph on Pavlov’s laboratory and scientific research during the years 1891-1904, which generated the work on digestive physiology for which he won the Nobel Prize. Having completed that book, Pavlov’s Physiology Factory: Experiment, Interpretation, Laboratory Enterprise (2002), I returned to the biography.

That biography, Ivan Pavlov: A Russian Life in Science, is now available from Oxford University Press. I am now collaborating with Eleonora Filippova on a study of Aleksei Ukhtomskii (1875-1942), who, like Pavlov, was a member of the Russian Academy of Sciences who studied reflexes and the psyche.  We are examining Ukhtomskii’s life as a devout Old Believer in late Imperial and Soviet Russia, and the relationship of his scientific work in physiology and psychology to his religious thought and practice.

“From the Machine to the Ghost Within: Pavlov’s Transition from Digestive Physiology to Conditional Reflexes,” American Psychologist, (Fall, 1997), 947-55.

(with Nikolai Krementsov) “Dialectical Materialism and Soviet Science in the 1920s and 1930s,” in William Leatherbarrow and Derek Offord, eds., A History of Russian Thought (Cambridge: Cambridge University Press, 2010).

“From Lone Investigator to Laboratory Chief: Ivan Pavlov’s Research Notebooks as a Reflection of His Managerial and Interpretive Style,” in Frederic L Holmes, Jürgen Renn, Hans-Jörg Rheinberger, eds. Reworking the Bench. Research Notebooks in the History of Science (Kluwer, 2003), 203-220.